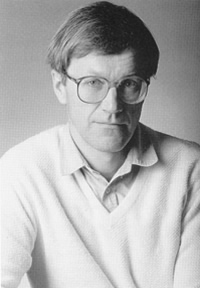 His research mentors were Professors Ivar Olovsson and Bjørn Roos.

Almlöf obtained a position as associate professor (dosent) in Theoretical Chemistry at the University of Oslo in Norway in 1976, where he began a career of teaching and research in computational physical chemistry, becoming Professor of Chemistry in 1982. In September 1985 he moved to the University of Minnesota in Minneapolis as Professor of Chemistry and Chemical Physics where he was appointed a Fellow of the Supercomputer Institute while continuing his activities in research and teaching. He taught both undergraduate and graduate courses, and had 28 doctoral and 16 postdoctoral research students.

Jan Almlöf was one of the initiators of the European Summer School in Quantum Chemistry and was a highly appreciated lecturer since the start of the school in 1989.

He also had a longstanding collaboration with the University of Tromsø, where he was a frequent visitor and adjunct professor after he moved to Minnesota.

Jan Almlöf was highly regarded in the international scientific community for his accomplishments in advancing the theory of molecular structure and for his work in the development of efficient algorithms for carrying out calculations of the structures of molecules. In the early 70's he wrote the SCF program MOLECULE which utilized binary symmetry operations to achieve higher efficiency in the calculation of electron-repulsion integrals.

His most widely known work is the development of so called "direct" quantum mechanical methods for calculating electronic wave functions and energies of molecules; these methods allow one to take advantage of the high speed of state-of-the-art computers even when the computer does not have enough memory to store all the intermediate quantities. He also made key contributions to the use of density fitting and linear-scaling methodology, as well as introduced the atomic natural orbital (ANO) basis sets.

Direct methods have been widely used by many chemical companies and national laboratories, as well as by the academic research community. In 1993, he was awarded the Schroedinger Medal by the World Association of Theoretical Organic Chemists, in honor of his development of direct methods.