Pyrowater focuses on major chemical and biological effects of wildfire in aquatic ecosystems. 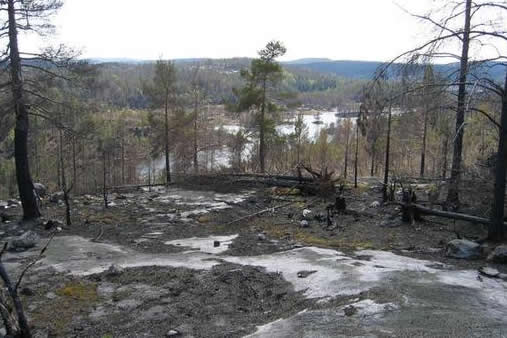 After the fire in Froland, Aust-Agder County, in June 2008

Knowledge on aquatic effects of wildfire is important, because little data exist and increased frequency of wildfire is expected as a consequence of climate change.

Pyrowater will focusing on major chemical and biological effects of wildfire in aquatic ecosystems. 3 catchment affected by wildfire, 3 affected by both wildfire and salvage logging, and 3 control catchments will be incorprated. The field work will be conducted in the large wildfired area in Froland, Aust-Agder County, where 2600 ha burned in June 2008.

Main topics to be studied:

Telemark University College will lead the project and UMB-IPM, UiO-Bio and –Chemistry, UiA, NIVA and IFE will participate.