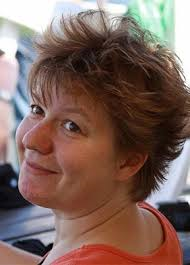 Stephanie Werner, Associate Professor at Department of Geosciences and The Centre for Earth Evolution and Dynamics. Photo: Private

Stephanie Werner at the Department of Geosciences and The Centre for Earth Evolution and Dynamics was newly elected as a member of the ESAs Solar System Exploration Working Group (SSEWG). This is in recognition of her work in the field of planetary observations and research on topics including the formation and evolution of planets, cratering chronology and processes, planetary Dynamics and remote sensing of the Earth and planets.

The SSEWG working group advises the ESA Space Science Programme on scientific questions about the solar system exploration, including the Sun, the Earth's outer atmosphere (the magnetosphere), the planets, their moons, asteroids, comets, and the space between the planets.

The working group members are scientists from the ESA Member States with expertise in the specific disciplines covered by the working Groups.

Congratulations to Stephanie from colleagues!