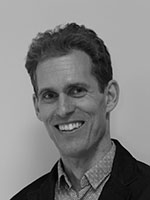 Microorganisms shape the physical, chemical and biological state of our planet by facilitating the storage, transport, and turnover of key elements. While these activities are key to the production and consumption of greenhouse gases and water quality, approaches, theory and models that integrate microbial influence in the context of biogeochemical, ecosystem and climatic processes still need to be developed. Our ignorance about the microbes is even the more astonishing given their huge global biomass. Reasons for this have been methodological limitations to study the immense diversity of complex microbial communities. However, this has now dramatically changed since advancements in sequencing technologies and single cell approaches have revolutionized the way microorganisms can be studied.

My research focus ties in with this recent revolution by exploring the ecological and evolutionary dynamics of complex microbial systems in the aquatic environments using next generation sequencing facilitated approaches such as amplicon tag-sequencing, single cell genomics, metagenomics and metatranscriptomics. I integrate field data from study sites ranging from boreal lakes to the oligotrophic open ocean. To interpret and to synthesize the wide range of genomic and transcript data in an ecological context I apply systems biology approaches that have been used for cellular systems. In my research I use the analogy that a lake, similar to a living cell, has a collective metabolism based largely on the dynamic genetic blueprint and expressed phenotypes of microorganisms that control most fluxes of energy and matter. By using a reverse ecology approach, I hope to be able to predict ecosystem processes from the behavior of complex microbial systems.

An applied aspect of my research is to screen the flood of genomic data for enzymes that can be used in biotechnology and industrial processes. Here, we also study “odd” environments such as alkaline lakes and aquifers.

Despite the success of these next generation sequencing facilitated approaches, they often are used in purely descriptive studies generating hypothesis on the eco-evolutionary processes driving observable patterns in nature. Recently, I have started to use established genome sequenced cultures to synthesise novel communities with behaviours in silico using genome information. As a logic next step I aim to put these computational predictions into action and experimentally work with synthetic microbial co-cultures in the lab.

I am a microbial ecologist with a fair taste for bacterial evolution. Even though I have so far mainly worked on describing and interpreting phenomena observed in nature I am an experimentalist. As a new member of the department of biosciences my first goal is to establish a high throughput experimental facility to experimentally test long or short standing hypothesis in microbial ecology and evolution.

My original training is that of an ecologist at the University of Vienna and of a microbial ecologist at Uppsala University where I worked on describing microbial diversity of inland waters and the mechanisms underlying patterns in microbial diversity. Later I was a post doc at the Hawaii Institute of Marine Biology working on one of the most abundant bacterial group in the Ocean, called SAR11 or Pelagibacter. These intriguing bacteria have very small genomes resulting in the depletion of essential biosynthesis pathways besides of being free living. Studying the ecological implications of genome reduction has been the interest of my research group during my time as an Assistant Professor at Uppsala University.

Since spring 2018 I am a newly established Associate Professor at the University of Oslo.