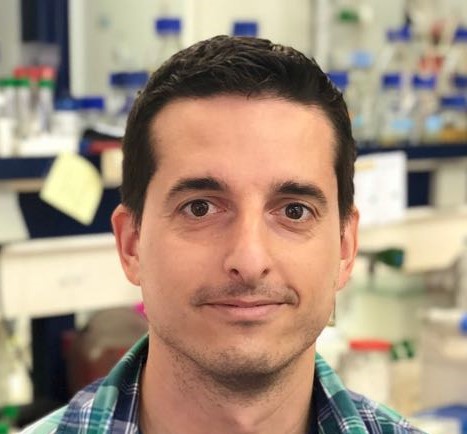 Dr. Peris has a Ph.D. in Biotechnology (University of Valencia, 2012). David Peris has expertise in comparative genomics, fungal evolution, highthroughput microbial phenotyping, bioinformatics and biotechnological applications. Since 2021, he is Principal Investigator at University of Oslo (Norway) and in 2022 Distinguished Researcher at Institute of Agrochemistry and Food Technology (IATA)-CSIC). Dr. Peris is studying mechanisms of speciation and adaptation in mushroom-like organisms and yeasts. His group implements bioinformatic tools to study evolution and adaptation of fungi; and develops new molecular methods for generating new strains with applications in the production of healthy, safe and sustainable food products. He has also developed his research in four different countries: i) Institute Cavanilles of Biodiversity and Evolutionary Biology (2007-2012) (FPI Fellow), Spain. His main task was the genome characterization of interspecies yeast hybrids isolated from industrial processes, shedding light about how hybridization is an important mechanism of adaptation to stressful conditions; ii) University of Manchester (2010), UK. There, he studied the proteome composition and the formation of chimeric protein complexes in interspecies hybrids; iii) the University of Wisconsin-Madison (2012-2017) (Postdoc Researcher). He collected a large number of Saccharomyces strains from different geographic locations and wild environments, and performed population genomics and phenotypic characterization. He also developed new molecular methods to generate synthetic hybrids, and he applied yeasts to the biofuel and brewing sectors; iv) Institute of Agrochemistry and Food Technology (IATA) – CSIC (2017-2019) (Marie Sklodowska Curie Postdoctoral Fellow). There, he studied the influence of the mitochondrial inheritance in tolerance to temperature and industrial stresses, and the impact of mtDNA on genomic stabilization in hybrids. He also led the application of bioinformatics pipelines to study the genome, transcriptome and other omics in RES-Tirant HPC. v) Max Planck Institute for Evolutionary Biology (two weeks Nov 2021). Tasks: develop bioinformatic pipelines for the study of genomic structural variations, subtelomeric regions, transposable elements and centromeres; vi) postdoctoral researcher at University of Oslo; and vii) Senior Researcher at Valencian International University (VIU, Spain). In the latest two positions he developed bioinformatic pipelines for the study of the evolution of yeasts and non-model organisms, such as mushroom-like organisms. He also built the computational infrastructure in the Norwegian Sigma2@SAGA HPC.

Contribution to society (In the last 10 years)

Peris’ research has been transferred to the society by 3 intellectual disclosure reports and 2 patents. He developed molecular methods to generate yeast diversity that can offer new traits of industrial interest. Heineken® has used our strains to generate a new line of beers, “Wild Lager”. Dr. Peris is co-author of 26 papers in indexed international journals (2 of them were journal covers, 1 was top 1% cited in 2018), 3 reviews (1 top cited in 2018/19) and 2 national journals.

Training and mentoring (In the last 10 years)

Dr. Peris has been lecturer of basic genetics, evolutionary biology, mycology, bioinformatics and synthetic biology in Spain, Norway and Peru. He has mentored/advised 7 undergraduates, 3 master students, 6 PhD students, and 3 postdocs. He is now supervisor of 2 graduate, 2 PhD students and 1 postdoc in Norway. Most of them hold an academic or research position in Spain or abroad (USA, Norway, Argentina).

Other contributions (In the last 10 years)

Dr. Peris has been involved in 20 research projects, 8 as a Principal Investigator. His projects were funded by the European Comission H2020 framework, The Spanish Supercomputing Network (RES), PacBio and the Illumina Inc. His recent PloidYeast and Sacchar2Omics projects are funded by Research Council of Norway (RCN) FRIPRO and the Valencian Regional Government (GVA) plan GenT, respectively. He was also president of the regional Section of Spanish Scientists in USA (ECUSA) - Midwest (2015-2017), developing mentoring and outreach programs, and he participated actively in outreach events organized by SFNO(Spanske Forskere i Norge).IENO (2021). He is member of 2 journal editorial boards, he has been project reviewer (one country) and journal reviewer of 18 international journals. He has participated in different international conferences (3 as invited speaker), contributing with posters and talks. He has also been awarded with 6 travel grants, 1 professional development award (GSA@DeLill Nasser), 1 oral talk prize and 1 poster prize.