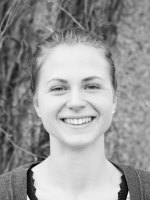 I completed my master in molecular biology at UiO in 2015, with Kamran Shalchian-Tabrizi as my main supervisor and Jon Bråte as my co-supervisor. The thesis was given the title "Expression dynamics of long non-coding RNAs in the sponge Sycon ciliatum", where I investigated how long non-coding RNAs are involved in determination and maintenance of the primary body axis of the sponge Sycon ciliatum. Long non-coding RNAs are RNAs that are not translated into proteins, and it is proved that they in several cases are involved in gene regulation.