MULTICLIM is financed by the Research Council of Norway (RCN) through the large-scale Programme on Climate Research (KLIMAFORSK). 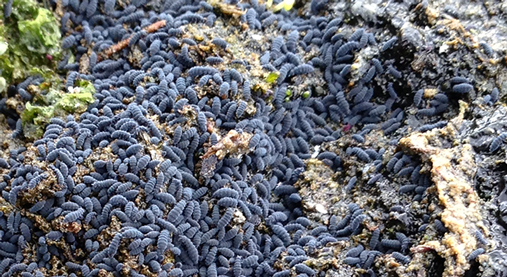 Does climate change in terms of drought and increased temperatures pose a threat to springtails?

Is the effect on springtails more negative when they are exposed to both a harmful chemical and changed environmental conditions?

Springtails (Collembola) are micro-arthropods that live all over the world where we can find soil, contributing to the decomposition of organic matter and making nutrients available for uptake by plants. They control the distribution and abundance of microbial communities, ensuring good soil quality needed for healthy terrestrial ecosystems. The human population depend on a highly efficient agriculture, which leads to the use of crop-protecting pesticides, such as neonicotinoids. Plant protection chemicals might leach from their applied area with surface run-off and affect non-targeted species, such as springtails. A changing climate is introducing additional stressors to soil communities. Increased temperatures include subsequent responses such as drought or increased precipitation leading to saturation of the soil with water. Climatic stressors interacting with anthropogenic pollutants may be unpredictable, causing both synergistic or antagonistic responses in populations.

Is climatic stress affecting populations’ ability to tolerate anthropogenic pollutants, and is the exposure to pollutants affecting their ability to tolerate climatic stress? By combining methods from different disciplines, the project MULTICLIM will focus on how life history traits in springtails are shaped by climatic variables, while also exposed to increased stress by an anthropogenic pollutant. We include an Arctic population and a population from southern Norway of two ecologically relevant species to examine if their local adaptations affect their tolerance to multiple stressors. The results will provide urgently needed knowledge of biological impacts of multiple stressors of importance to management and food production.

This project is funded by The Research Council of Norway.