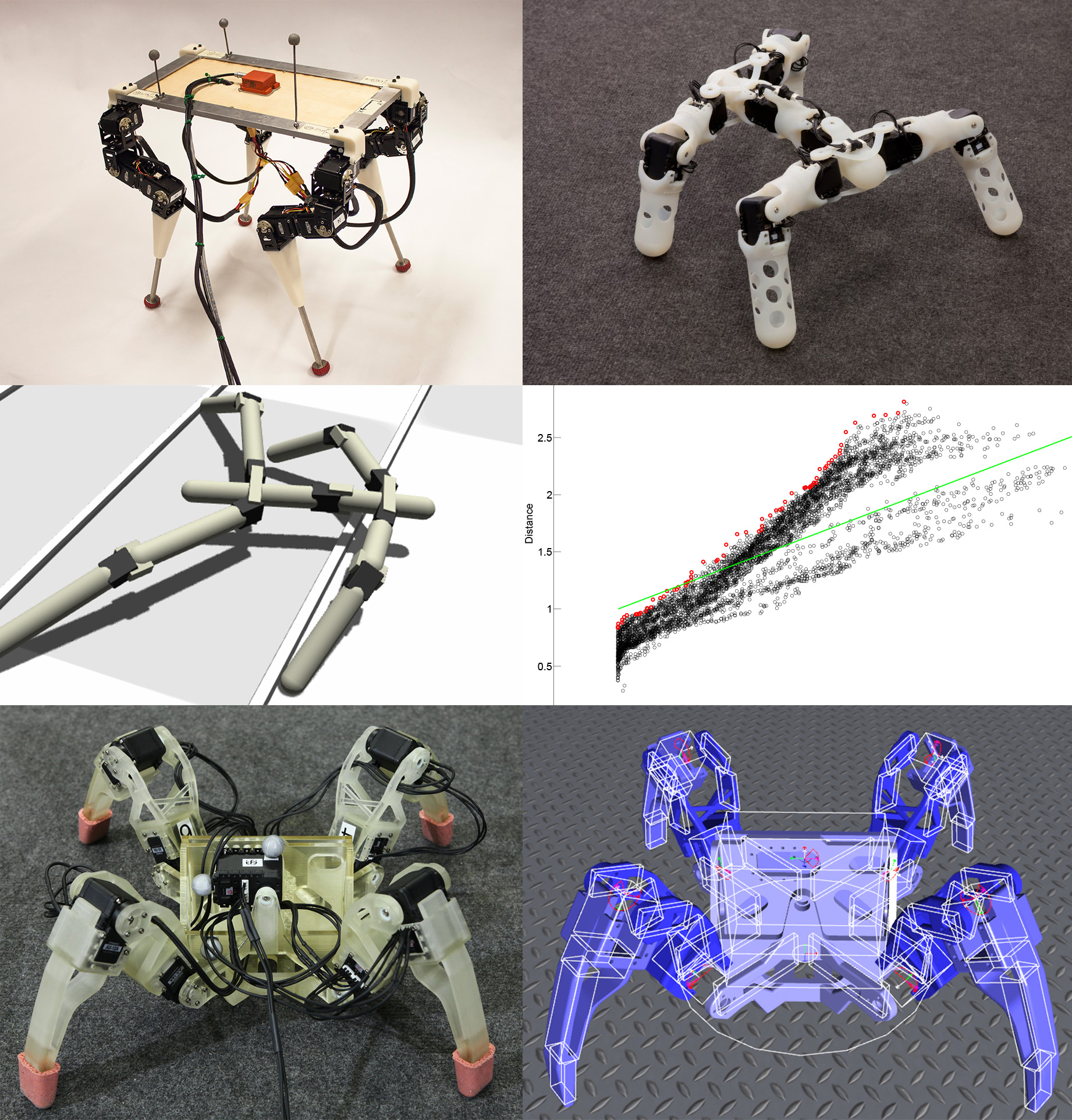 Evolutionary algorithms are powerful search algorithms which can be used for design exploration, parameter optimization, and adaptation to changing conditions. Evolutionary robotics is the field of applying evolutionary algorithms to robotics, and has the potential to improve robots in a number of ways - from the design of robotic bodies and controllers, to adaptation when the robot suffers from damage or encounters a new environment.

There are several different themes which could be relevant, and the specific project should be worked out with the student and supervisor(s) according to interests. Here are some example themes: