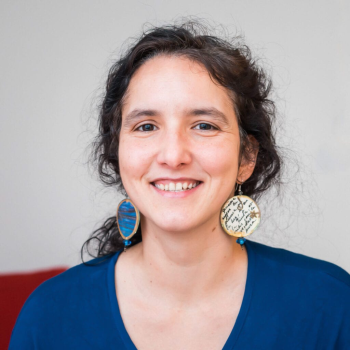 The prize is awarded to a woman who has made a significant contribution and influenced the field of geosciences based on her PhD. and postdoctoral research work. The winner will receive a diploma, honor and the prize of NOK 50,000.

The award was presented for the first time in 2018. The award winner was announced by Head of Dept. Brit Lisa Skjelkvåle, Department of Geosciences.

This year the award went to Andreia Plaza-Faverola, a researcher at the CAGE Center for Arctic Gas Hydrate, Environment and Climate at the University of Tromsø - Norway's Arctic University.

The International Committee justifies its allocation as follows:

The award jury concludes: that the research outcome of Andreia Plaza-Faverola deserves recognition due to its originality, high quality and impact. Her research in marine geophysics is original as she links gas emission occurrences in Arctic marine environment with the effects of glaciation/deglaciation and changes in tectonic stress.

Read more about and see the nomination of the award winner.

Congratulations to the award winner!

Neumann worked with the University of Oslo and are still active and publish about volcanism and links to mantle processes. She studied the Oslo region, the Canary Islands and other volcanic islands, the Siberian Traps and other areas that experienced significant magmatism.