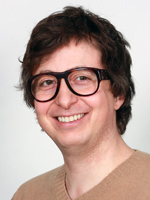 Developmental evolution in unicellular eukaryotes: The main scientific interest of the research group is to understand the morphology of unicellular eukarytoes (protists). We have recently taken the initiative to strengthen evodevo research at University of Oslo by establishing Centre for Epigenetics, Development and Evolution (CEDE). Morphoplex  focuses on understanding the molecular basis of morphological evolution among protists.

Regulatory RNA in unicellular eukaryotes: Of particular interest have been to understand the diversity of such regulatory elements among the large diversity of eukaryotes that traditionally have been regarded as non-model organisms, and to reveal the importance of such molecules in the evolution of cell differentiation and multicellularity among animals and fungi.

Development of Bioinformatics and computing resources: We have developed a web-based bioinformatics service named Bioportal, which now are transformed to Lifeportal. In addition, we have developed a number of different computer programs and pipelines for phylogenomics (the AIR and BIR pipelines), BLAST visualization (BLASTGrabber) and analyses of amplicon sequences (CLOTU).