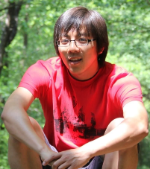 The highly prostate enriched STAMP1 protein, previously identified in our lab, belongs to a family of six transmembrane proteins with a conserved oxido-reductase domain. We previously found that STAMP1 is critical for prostate cancer cell growth and survival in vitro and in vivo. The goal of my project is to characterize the functional role of STAMP1 in prostate cancer progression. I am especially interested in as to how STAMP1 affects the critical signaling pathways in prostate cancer cells.