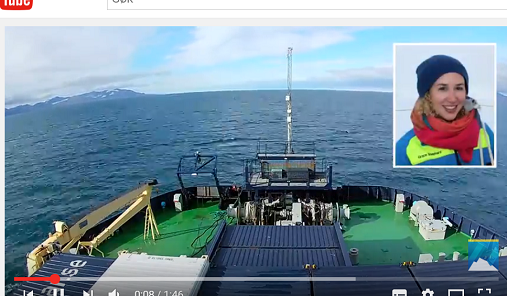 Grace Shephard on board on the Swedish research vessel Oden in August/September 2016. Facsimile; Screenshot from the film.

The sediment on the Artic sea floor is like an archive, and can reveal environmental conditions in the past.  Watch the movie with Grace explaining (and dealing with) the sediment coring in the Arctic Ocean.

A film from the Swedish Polarforskningssekretariat, published on Youtube, September 12, 2016.