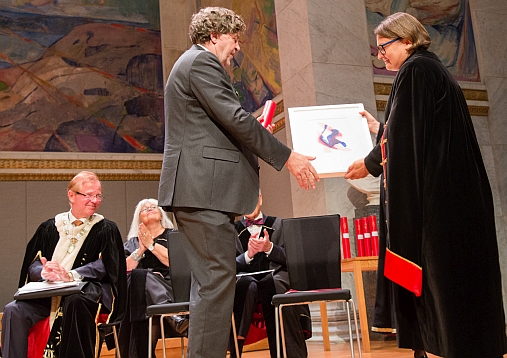 RESEARCH PRIZE: Professor Trond H. Torsvik gets applause from a full-packed audience in the University Aula when he gets the research award from the Deputy Rector Ragnhild H. Hennum. Rector at UiO, Ole Petter Ottesen and the Deputy University Director Tove Kristin Karlsen are seen in the background for the prize winner. Photo: Yngve Vogt, Apollon

Article (in Norwegian) and pictures from the ceremony: