CEED Professor Carmen Gaina is newly elected as a member of the Norwegian Academy of Science and Letters (DNVA). 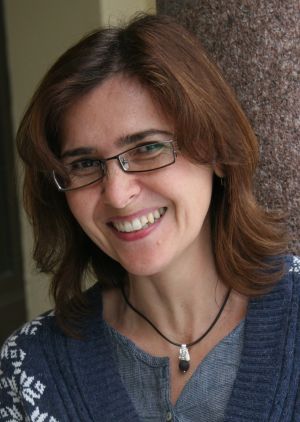 Professor Carmen Gaina was officially elected as a member of the Norwegian Academy of Science and Letters (DNVA) on 9 March 2017.

Gaina is a geophysicist whose research goal is to study the evolution of the global oceanic regions, she is involved in compilation of large geophysical datasets (Circum-Arctic Mapping Project part (CAMP-GM) of the new World Digital Magnetic Anomaly Map release (WDMAM)). She has been working at Norwegian Geological Survey, and is now at CEED and Department of Geosciences, University of Oslo.

Gaina is the Director at The Centre for Earth Evolution and Dynamics (CEED) from 2016 and present. She is participating in several research projects and networks among them 3D Earth – A Dynamic Living Planet (project) and SUBITOP ETN-Network project (Marie Curie).

Carmen is the third female member of the DNVA from Department of Geosciences, University of Oslo. From before are the professors Else Raghild Neumann and Elisabeth Alve members. In addition there are several other members from the Department both in the Norwegian class and in the member class with international members, see them at the DNVA's member pages.

A membership in Norwegian Academy of Science and Letters is a great honour of scientific excellence, and we give her our best wishes with this distinction.

Congratulations from colleagues at CEED and the Dept. of Geosciences!