CEED celebrated the scientific achievements of Prof. T.H. Torsvik, the CEED founding director, with a seminar at the Norwegian Academy of Science and Letters 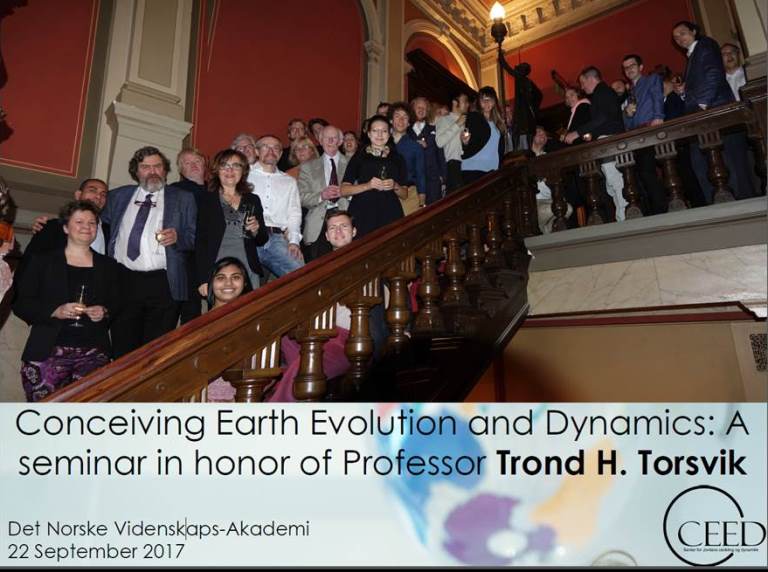 The event, which marks Torsvik's 60s birthday anniversary, was attended by his collaborators, colleagues and friends.