The EGU has named the recipients of next year’s Union Medals and Awards, Division Medals, and Division Outstanding Early Career Scientists Awards. These individuals, from both European and non-European countries, are honoured for their important contributions to the Earth, planetary and space Sciences. 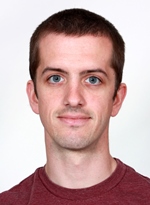 The winners will receive their prizes at the EGU 2019 General Assembly, which will take place in Vienna on 7–12 April. CEED`s Mathew Domeier in named as a winner of the Arne Richter Award for Outstanding Early Career Scientists. Congratulations to Mat for this excellent achievement!