Darwin Day 2022. Genome editing: Potentials and pitfalls of CRISPR-Cas in an eco-evolutionary perspective 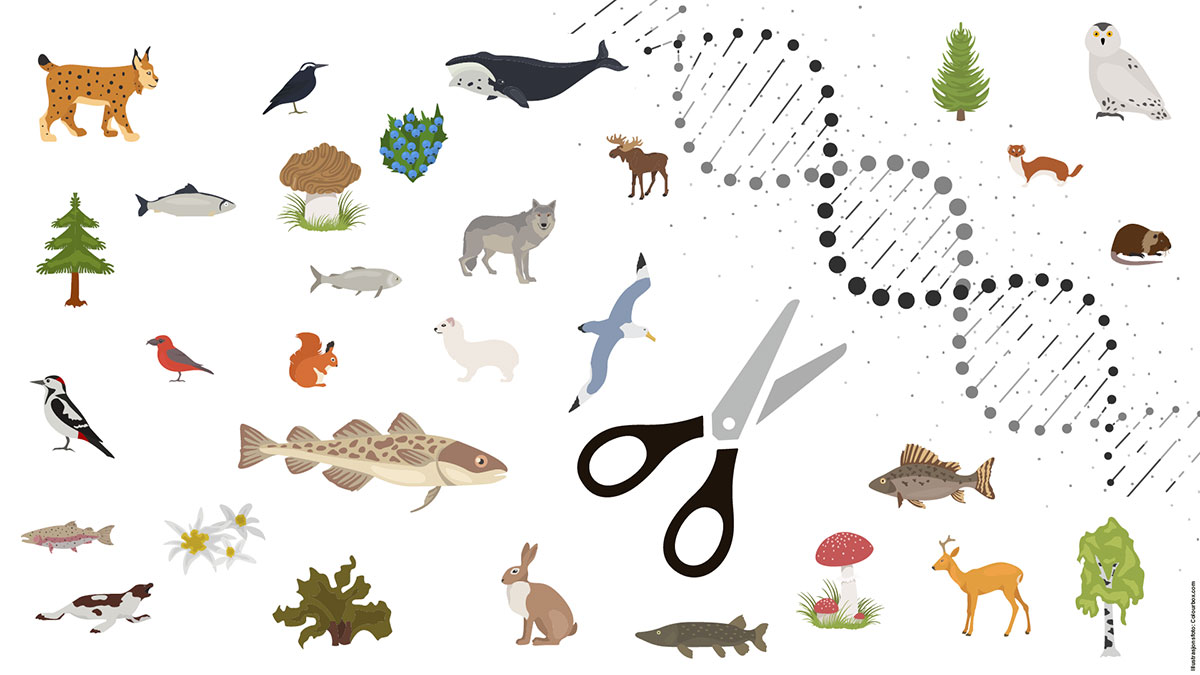 The event will be held as a digital event.

Genome editing: Potentials and pitfalls of CRISPR-Cas in an eco-evolutionary perspective

Gene editing approaches has revolutionized our ability to change the genetic code, silence genes, and add genes in essentially any organism – in a precise and targeted way. This has a potential to benefit humankind regarding improved crops, production animals, aquaculture, new drugs, and biomaterials, as well as being extremely powerful tools for research. However, there are many challenges associated with a disruptive technology such as CRISPR. Darwin Day 2022 is devoted to this theme and prominent scientists will provide their views on the potentials and pitfalls from an eco-evolutionary perspective.

Per Morten Sandset, Vice-Rector for Research and Innovation, University of Oslo

12.15-13.00. A perspective on potential uses of gene editing in salmon breeding and production

We are living in an era of rapid global change, and how quickly organisms can adapt to these rapid changes is an important question. Adaptation proceeds through migration and new combination of existing genetic variants, but it may also rely on new mutations. For many years, my lab has been interested in the rate and spectrum of spontaneous mutations. We were the first to measure these in greenhouse and field grown plants, and one of the major surprises was how frequent new mutations are, even in very specific places of the genome.

A central tenet of Darwinism is of course that mutations occur randomly, independently of their effects on the organism, and that natural selection is sufficient to explain the observed differences in the rate with which different genes change. We have recently discovered that essential genes mutate less often than other genes, and that apparent sequence conservation results both from lower initial mutation rates and stronger selection. Unfortunately, this non-randomness of spontaneous mutations has already been used by opponents of genome editing to argue for genome edits being unnatural and therefore dangerous.

Detlef Weigel, a German-American scientist, is currently a Director at the Max Planck Institute for Biology Tübingen. He is a member of the US National Academy of Sciences and the Royal Society, and a recipient of many scientific awards, most recently the Novozymes Prize. Detlef has an extensive record of service to the scientific community, having served on a series of editorial and advisory boards.

Detlef was also one of the first to exploit natural genetic variation for understanding how the environment affects plant development. In recent years, this work has come to incorporate questions at the interface of evolution and ecology: How can wild plants adapt to climate change, and how do they manage to keep their pathogens at bay? In this research, he draws on the fruits of a collaborative effort to sequence the genomes of over 1,000 natural A. thaliana strains (The 1001 Genomes Project).

Aquaculture is the fastest growing food production sector and is rapidly becoming the primary source of seafood for human diets. Selective breeding programs are enabling genetic improvement of production traits, such as disease resistance, but progress is limited by the heritability of the trait and generation interval of the species. New breeding technologies, such as genome editing using CRISPR/Cas9 have the potential to expedite sustainable genetic improvement in aquaculture. Genome editing can rapidly introduce favorable changes to the genome, such as fixing alleles at existing trait loci, creating de novo alleles, or introducing alleles from other strains or species. The high fecundity and external fertilization of most aquaculture species, including Atlantic salmon can facilitate genome editing for research and application at a scale that is not possible in farmed terrestrial animals. We have in this context used gene editing in Atlantic salmon, with the long term aim to solve some of the major bottlenecks of the industry. One is the genetic impact of escaped farmed salmon on wild populations, which is considered the most long-term negative effect on the environment. The solution to this problem is use of the sterile fish, here we are working on methods for induced sterility involving gene editing. There are also sustainability issues associated with increased use of vegetable-based ingredients as replacements for marine products in fish feed. This transition comes at the expense of the omega-3 content both in fish feed and the fish filet of the farmed fish. Reduced fish welfare represents another obstacle, and robust farmed fish is needed to avoid negative stress associated phenotypes such as cataract, bone and fin deformities, precocious maturity and higher disease susceptibility. Gene editing could solve some of these problems as genetic traits can be altered positively to reach phenotype of interest such as for example disease resistance, sterility and increased omega-3 production.

Dr. Anna Wargelius is a molecular biologist working on aquaculture genetics. She did her bachelor and master at the University of Uppsala, Sweden. She continued to take her PhD at University of Bergen, Norway, working with zebrafish eye development. After finishing her PhD she started as a post doc at the Institute of Marine Research, Norway and has thereafter obtained a scientist position, working with development, reproduction in both salmon and cod. She is currently the Group leader of the group of Reproduction and Development of fish at the Institute of Marine Research in Bergen, Norway. In recent years she has worked extensively with understanding basic reproductive traits in Atlantic salmon, such as time of maturity and how to produce sterile fish for aquaculture. In this context her group has been the first group to develop CRISPR-Cas9 technology applied to Atlantic salmon and her team has in this context managed to produce salmon without germ cells. She and her group has also explored and revealed wild genetic traits involved in time of maturation and disease resistance. As such they are currently trying to explore function of wild beneficial genetic variation using CRISPR-Cas9 – with the long-term overall aim to develop more sustainable solutions for salmon farming. 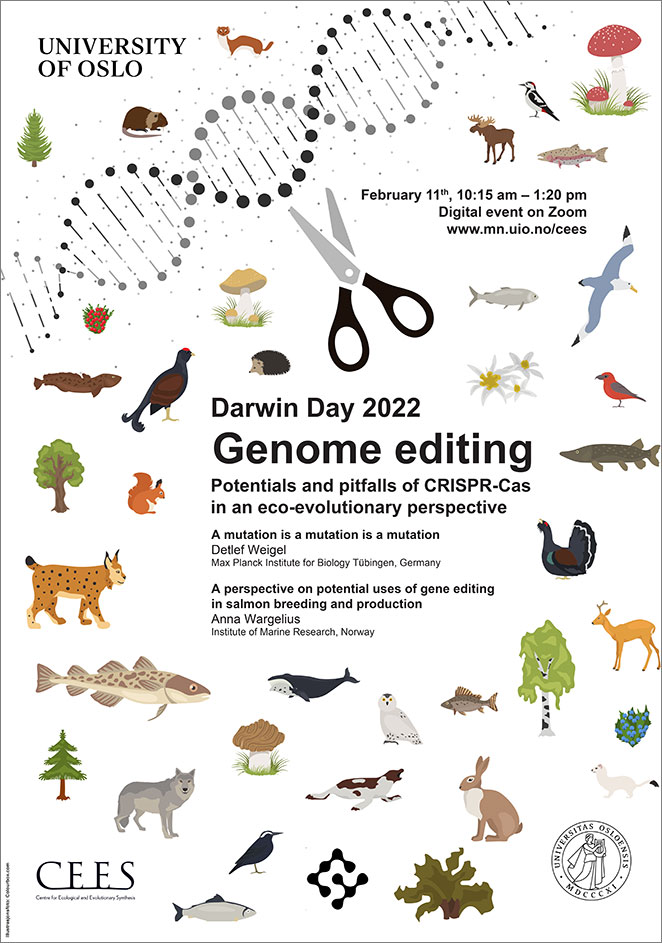