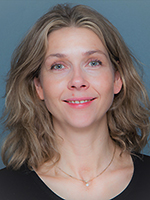 Professional interests include perinatal pharmacoepidemiology and pharmacotherapy, with special focus on medication use and safety in pregnancy and lactation.

Her expertise is in perinatal pharmacoepidemiology and pharmacotherapy in pregnancy and lactation. She has studied risks of prenatal exposure to medication on immediate pregnancy outcome (e.g. birth weight, malformations) and long term outcomes such as neurodevelopmental disorders and childhood cancer.

Dr. Nordeng is head of the PharmaTox Strategic Research Initiative at the Faculty of Mathematics and Natural Sciences, University of Oslo, Norway uniting over 30 researchers within Life Sciences at the MN Faculty, and the head of the National Research School in Pharmacy, uniting more than 100 PhD students in pharmaceutical sciences in Norway.

She has hosted guest scientists from USA, Austria, Sweden, The Netherlands and UK and supervised student exchanges through the Erasmus program.

She has a PhD in pharmacoepidemiology and pharmacotherapy on drug use during pregnancy, Faculty of Medicine, University of Oslo in 2005. MSc Pharm in 1997. Dr. Nordeng became a full professor at the Faculty of Mathematics and Natural Sciences in 2011.

She is currently responsible for recommendation about medication safety in pregnancy and breast feeding in Norwegian National Formulary (http://legemiddelhandboka.no/).

As of 2018 she is an independent expert in the Pharmacovigilance Risk Assessment Committee (PRAC) which is the European Medicines Agency's (EMA) committee responsible for assessing and monitoring the safety of human medicines.

Dr. Nordeng has authored over 160 scientific articles, book chapters and national guidelines on drug use in pregnancy and lactation.