Before the defence, Marte Julie Sætra presented her trial lecture "The legacy of Hodgkin and Huxley: The role of biophysical modeling in neuroscience."

The PhD defence and trial lecture were fully digital. 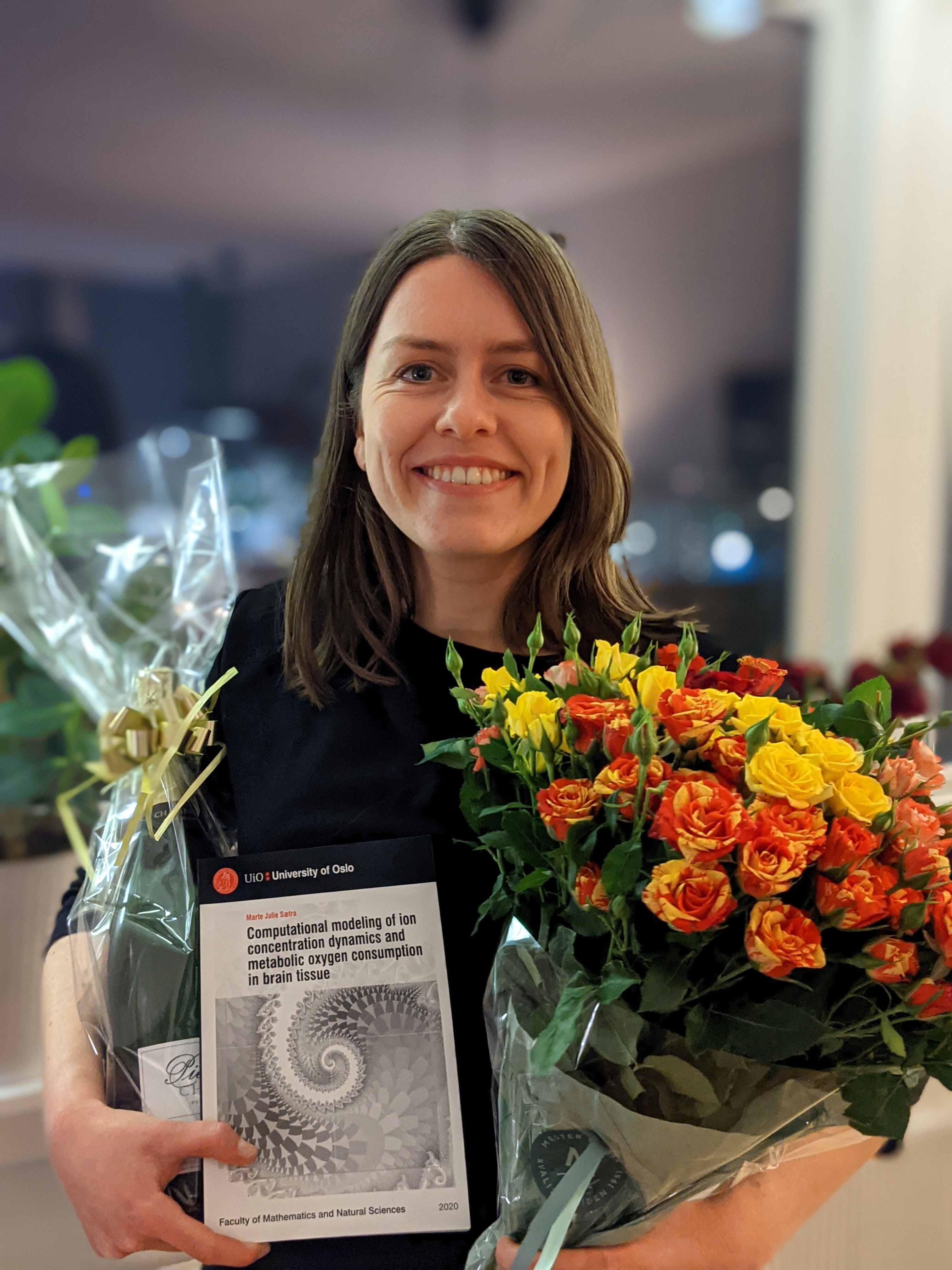 An increasing number of brain scientists resort to computers and mathematics as tools to unravel the brain. Instead of studying hands-on experiments alone, computational neuroscientists make use of mathematical models to explore and test their hypotheses.

In this thesis, Marte Julie Sætra joins forces with the nerve cells’ support crew. She presents two cell models that explicitly include supporting mechanisms and account for ion concentration dynamics. She also presents a method for estimating oxygen consumption in brain tissue. Such a measure can help us understand the coupling between nerve cell activity, their need for oxygen, and blood flow