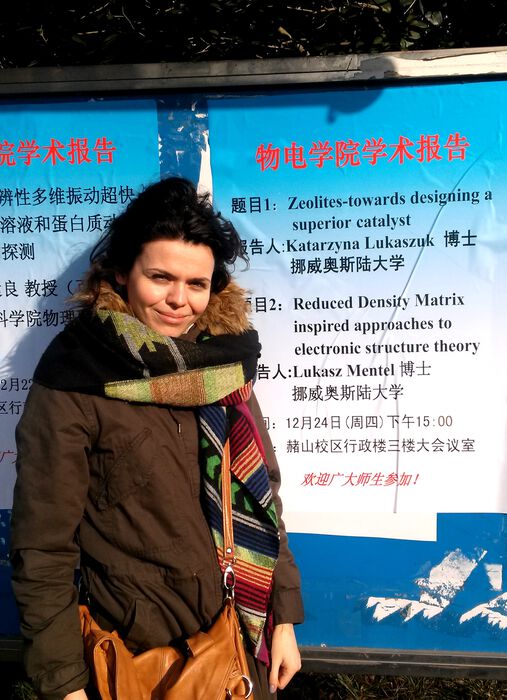 Kasia loves chemistry and zeolites, so she gave two presentations at the Anhui Normal University while on holiday! 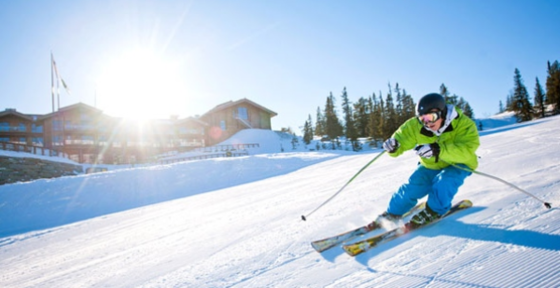 Malte participated in the annual SMN winter seminar, which was held at Quality Spa & Resort Norefjellfrom Tuesday 19th to Wednesday 20th January 2016. He presented his poster titled: "Dealuminaiton of Zeolites: Insights from H-SSZ-13".

4 out of 5 ZeoMorph candidates attended the Norwegian Catalysis Symposium, which was organized in Bergen, December 3.-4. 2015.

Malte's paper "Kinetics of Zeolite Dealumination: Insights from H-SSZ-13" has been accepted for publication in ACS Catalysis! 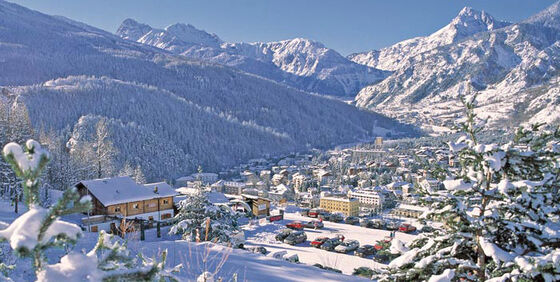 The ZeoMorph project is co-organizing the "Molecules @ Surfaces" winter school, which will take place from January 31st to February 5th 2016 in Bardonecchia, near Torino (North-West Italy), one of the ski resorts of the 2006 Winter Olympic Games.

Three of the ZeoMorph candidates, Kasia, Malte, and Juan have participated a course in Entrepreneurship in Technical Science at DTU. Juan's team was awarded a prize for best project! 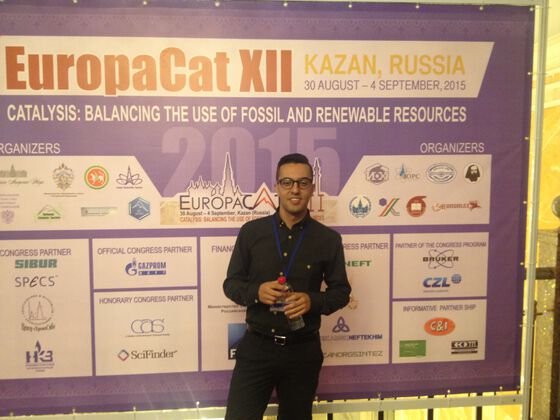 Juan has participated in the Europacat conference, which was organized in Kazan, Russia, August 30th to September 4th, 2015.

The ZeoMorph concept article published in Journal of Catalysis has been highlighted in a cover story in the July issue of the magazine The Catalyst Review.

The ZeoMorph concept article, published in Journal of Catalysis, is currently the 20th most downloaded article in that journal.

Kasia has attended a summer school at ETH Zurich entitled "Modeling, measuring and controlling crystal shape’" taking place in the week of July 6th to 10th 2015.

An article describing the main idea behind the ZeoMorph project has been published in Journal of Catalysis.

Juan, Dani, and Malte participated in the Catalysis Fundamentals and Practice Summer School 20-24 July 2015 at the University of Liverpool. 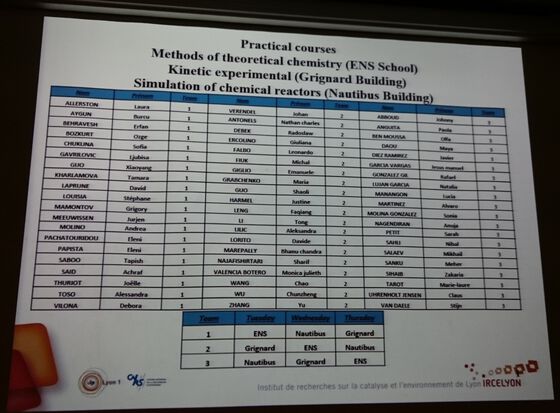 Andrea has participated in the ELITECAT2015 Catalysis Training Course organized in Lyon from July 6th to 10st, 2015. Read more about the school here. 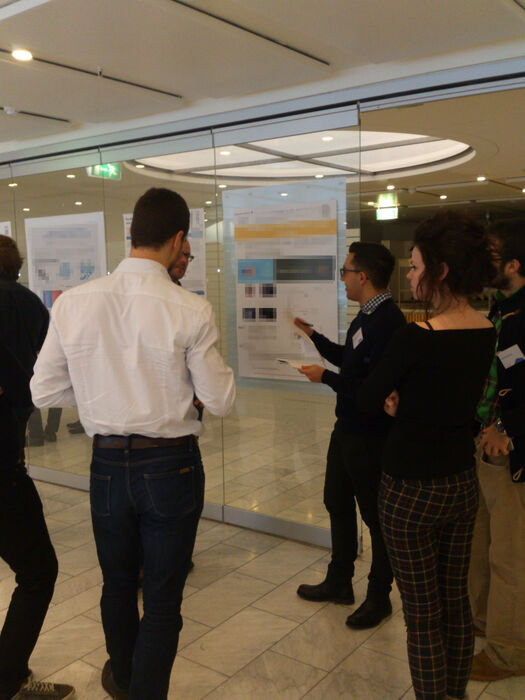 All ZeoMorph candidates and Pablo took part in a workshop held at HTAS on February 5th 2015. 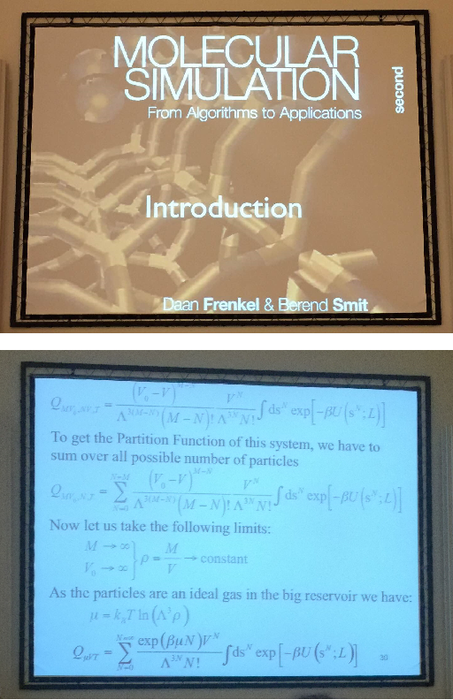 Malte particpated in the MolSim 2015 winter school, which was organized at the Amsterdam Center for Multiscale Modelling from January 5, 2015 to January 16, 2015. 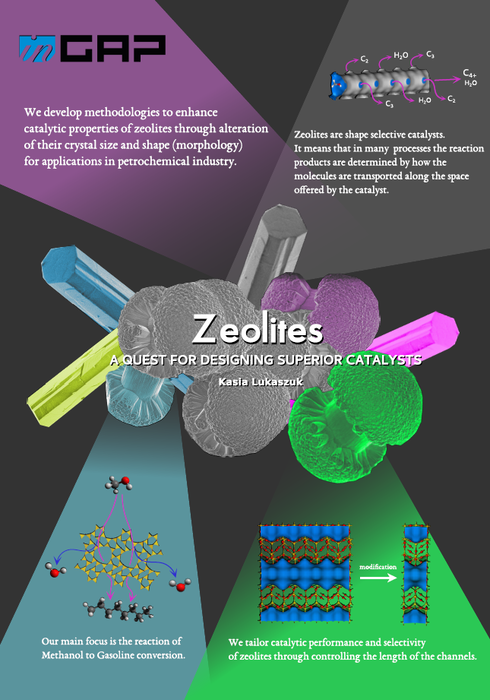 Kasia presented her poster "A Quest for Designing Superior Catalysts" during the Chemistry Grand Prix at the Department of Chemistry.

Dani Rojo Gama has received an award within the European Lifelong Learning Program for his very productive stay at Imperal College London as part of his studies at the University of Valladolid for his degree in Chemical  Engineering (Honours). Read more here. 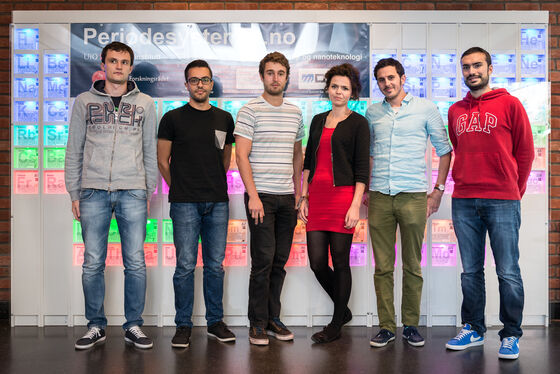 Recruitment to the ZeoMorph project completed!

Recruitment to the ZeoMorph project is now completed. It has been possible to compile an excellent team of PhD-candidates (despite the sour look some of them have in the picture)!

The national evaluation committe has found that Stian Svelle is qualfied to be promoted to Professor.

Kasia was awarded the victory in the graphical abstract competition arranged at the annual seminar of the Center for Materials Science and Nanotechnology (http://www.mn.uio.no/smn/). Her artistic interpretation of shape selectivity, inspired by the common children’s toy the shape sorter is shown here.

Kasia and Juan attended and took part in the organization of the 16th Nordic symposium on Catalysis (www.nsc2014.org), which was held at the University of Oslo, June 15th-17th 2014.

The ZeoMorph project is funded as a European Industrial Doctorates project (FP7 ITN-EID), part of the Marie Curie actions (http://ec.europa.eu/research/mariecurieactions/about-mca/actions/itn/index_en.htm).

This project has received funding from the European Union’s Seventh Framework Programme for research, technological development and demonstration under grant agreement no 606965.